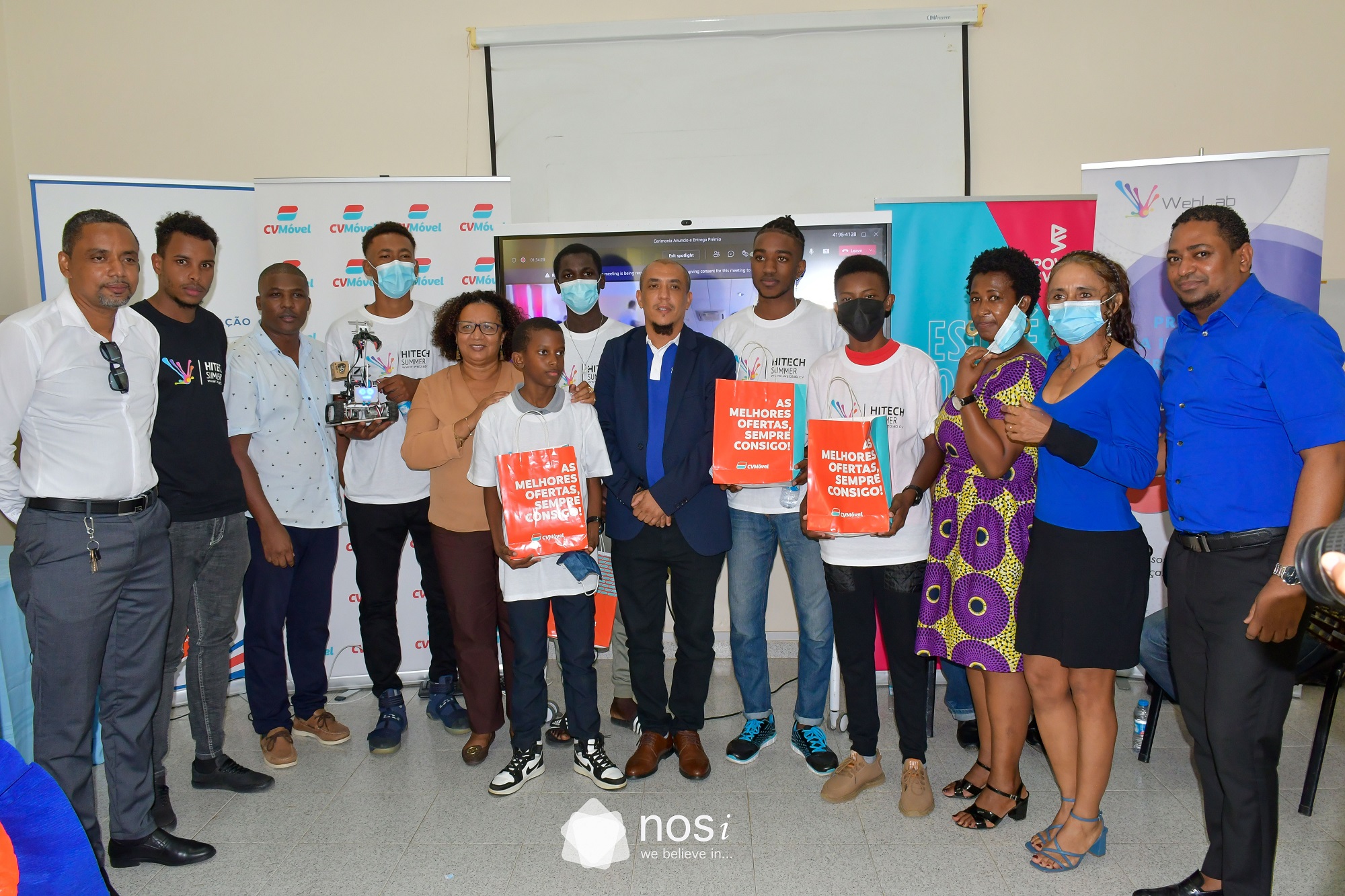 The winners of the Recycle Bot competition in the 4th edition of Hitech Summer are Mosteiros Secondary School, Fogo Island (1st place), Fulgêncio Tavares Secondary School, São Domingos, Santiago Island (2nd place), and Coculi Secondary School, Ribeira Grande, Santo Antão Island (3rd place).The announcement and award ceremony was held at the Fulgêncio Tavares Secondary School, São Domingos, last Wednesday afternoon, December 15, opened by the Executive Director of NOSi, Engineer Lumumba Barbosa, and was closed by the National Director of Education, Dr. Eleonora Monteiro. The Directors of the São Domingos Secondary School, the representative of the São Domingos Town Council and the operator CVMóvel, a partner and sponsor of the initiative, were also present at the event.
"Hitech Summer" is a vacation program that provides leisure options for children, youth and teenagers. It is annually held, in the summer, and is already in its 4th edition.
This edition, counted with the participation of about 600 children, kids and teenagers, from which 56% male and 44% female, were able to fill part of their vacations by learning in a ludic way, through the HTML and CSS modules, Multimedia, Blender, Instrumentation, Scratch and Robotics, offered during the training period.
They developed several projects, and were able to participate in a competition called "Recycle Bot".  A competition aimed to build a robot with functionalities as close as possible to any of the robots used in the WebLabs, by recycling and using elements from used and/or damaged toys and household utensils.