Events
In Tribute to the President of the Republic, Jorge Carlos de Almeida Fonseca 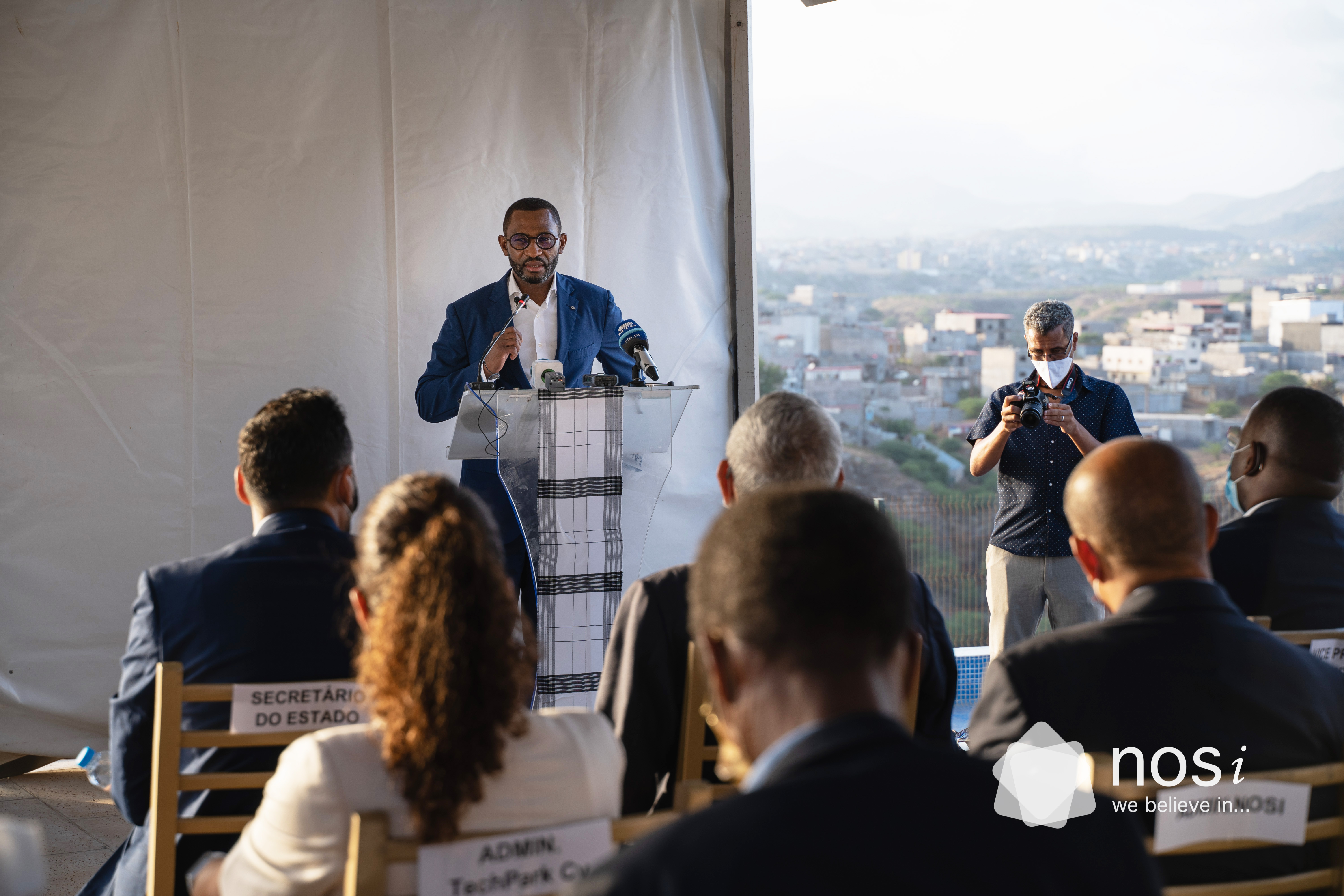 On October 11th, the President of the Republic, Jorge Carlos de Almeida Fonseca, paid a courtesy visit to NOSi and the Technology Park, days before his term as Head of State comes to an end.

Seizing the occasion, the Board of Directors of NOSi-EPE, composed by its President Carlos Tavares Pina, Executive Directors, Mayra Silva and Lumumba Barbosa, brought together all its staff, for a tribute for his contribution on behalf of the Cape Verdean nation.

The Deputy Prime Minister, Olavo Correia, the Secretary of State for the Digital Economy, Pedro Lopes, and the TechPark Directors also witnessed this moment.

It is worth recalling that in 2018, the President of the Republic awarded NOSi the First Class of the Medal of Merit, " recognizing the selfless and professional way, with which it contributed to the enhancement and affirmation of science and technology in Cabo Verde."